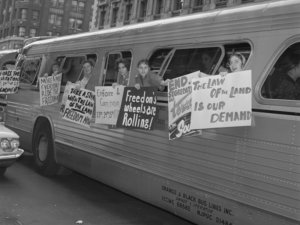 Freedom Riders is a riveting drama about an interracial band of young, brash activists who risked death to desegregate transportation in the Deep South in the summer of 1961. Their actions brought down the signs “whites only” and “colored only” – changing America forever. Their boldness speaks to today’s times.